Lair of the Bear and White Ranch - Yet Again 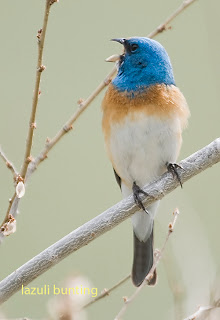 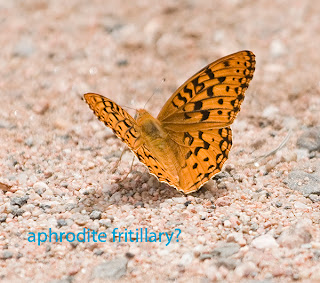 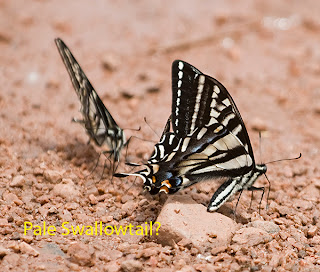 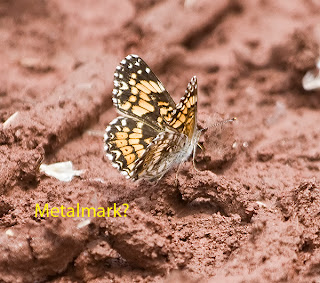 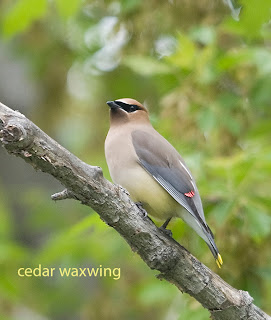 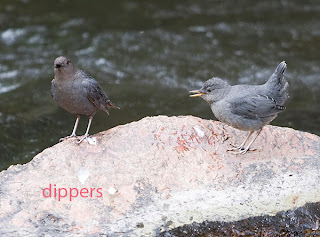 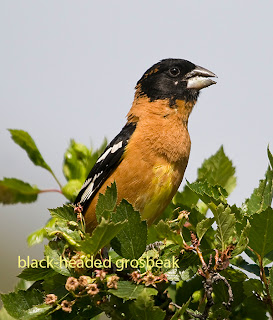 Two of my favorite places to bird are Lair of the Bear and White Ranch, both Jefferson County open space parks.  On the east side of White Ranch, you can almost always see black-headed grosbeaks and lazuli buntings.  They're both so beautiful and both have such melodious songs.  I got nice shots of both the other day.  Quite a few catbirds singing their nice song, but didn't get any good shots.  The little creek is usually a rushing brook this time of year, but this year with the snow-less spring, it's barely a trickle.  Some recent rain has helped a bit, but it's just a trickle from what it usually is.

At Lair of the Bear the other day, I found several cedar waxwings.  I've seen them there before, but never in large numbers.  I've observed them doing fly catching over the creek.  Never have gotten great shots of them, but they're so beautiful and sleek, I thought I'd put this one in, even though it's highly cropped and not that sharp.

Down the canyon at the Morrison town park along Bear Creek, I found this family of dippers.  The juveniles were already doing the namesake dipping behavior - they do this constant, nervous dipping.  They must have very well developed bird knees. They were also actively hunting for themselves in the water, but this one had just been fed a bug by a parent.

Hasn't rained in days, but there were a couple of mud puddles along the road.  There were a variety of butterflies soaking up moisture on the mud.   I'm certainly no butterfly expert, but I think what we have here are several pale swallowtails, an aphrodite fritillary, and I think some kind of metalmark.  There were some others, but so tiny I didn't get good shots of them.  Some kind of checkerspots, I think.  I've always found it fascinating how butterflies seek moisture at mud puddles.  I think, if I'm not mistaken, they soak up moisture through their feet.  Anyway, they are remarkably beautiful creatures.  I always enjoy trying to get shots of them.

At
Posted by BirdsbyBill at 9:31 PM No comments:

Out on the Plains

Went camping and paddling out at Jackson Lake Reservoir recently.  It's about 65 miles east of Denver out towards Nebraska.  I've always like the Great Plains.  It's nice out there in the spring before it gets too hot.  I had the entire non-electric campground completely to myself.  Very nice and quiet.  The western kingbirds were very numerous and very noisy.  Didn't get a decent shot of one, however.  Also present were a pair of eastern kingbirds.  I got a nice shot of one sitting on a post right next to my campsite.  Also present in good number and very chatty were Bullock's orioles.  One kept coming down out of a nearby cottonwood to scoop bugs on the ground.  There were lots of red-winged blackbirds in the wetlands.  I've seen and heard turkeys there before.  Right next to the park headquarters I saw this female walking along.  I got a couple of shots.  Shot this azure butterfly soaking up moisture in a muddy spot along the trail.  Around sunset a couple of white pelicans were cruising along the shoreline.   And, in the morning there were a ton of bunnies out.  Couldn't resist taking a picture of one. 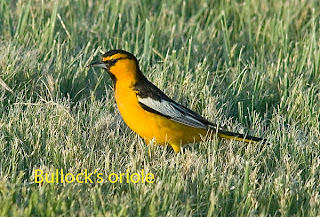 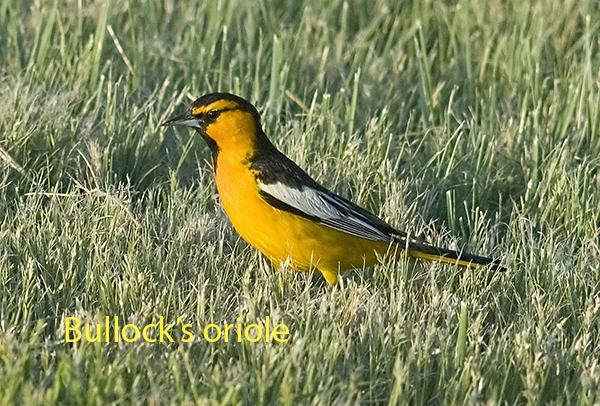 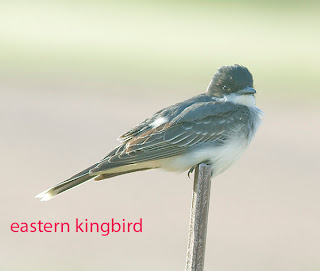 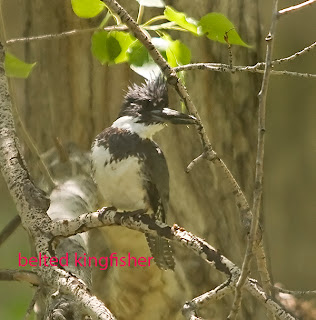 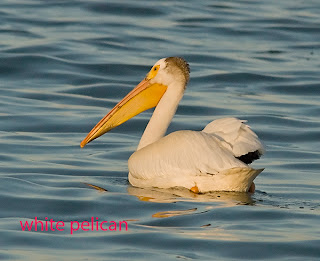 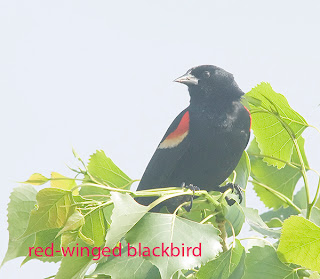 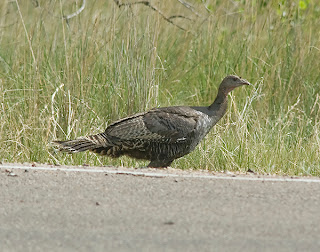 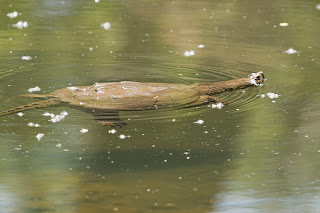 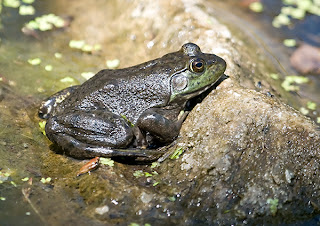 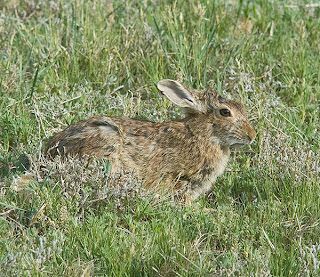 Couple days later I was out at Bear Creek Lake Park here in Lakewood.  Didn't get any great bird pictures but in this little pond I often visit, I saw these three huge snapping turtles.  They are quite wary and difficult to sneak up on, but I sat quietly till one of them came back up to check things out and see if it's fav sunning spot was safe.  Those things grow to be so big.  I bet all three must have been in the twenty pound range.  Must be plenty of tadpoles and other things to eat in that little pond.  Lots of big frogs sitting around the edge of the pond, too.   I've wanted a shot of a belted kingfisher for a long time, but they don't seem to like posing much.  While I was sitting waiting on the turtles, one came rattling along.  It's not a great shot, but the best I've gotten so far.  Sometime I'm going to go sit in my blind and see if I can get one.
Posted by BirdsbyBill at 8:48 PM No comments:

Recently spent two days camping down at Lake Pueblo State Park.  I go there a lot.  It was like summer down there.  Almost hot.  And it's only May.  Quite birdy, too.  Had a pair of canyon towhees that shared my camp.  I spilled a few pieces of pasta and they spent some time pecking away at that.  Lots of mockingbirds in the campground.  Nice song in the morning and evenings.  Lots of noisy western kingbirds, too. 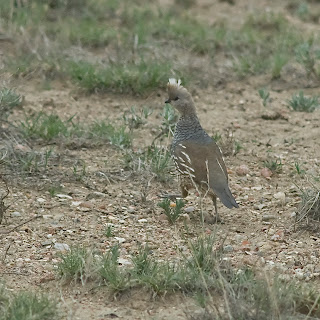 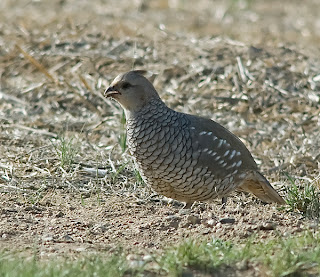 I'd walked up to get some water from a hydrant and heard an unusual call I'd never heard.  Up on a picnic table shelter was a rather large bird.  At first I thought it was a roadrunner, but turned out to be a scaled quail, a lifer for me.  Got my water and raced back to the truck for my camera.  Man those birds can really run.  There were quite a few around the campground.  A local told me Pueblo West, the neighborhood to the north of the park is loaded with scaled quail, but I'd never seen them there before.  Never did as close as I did to that one up on the shelter, but did a couple of shots.

There was a phoebe up on the roof of the pay station.  Think it's a Say's.

Quite a few wildflowers in bloom.  I love the yellow primrose. 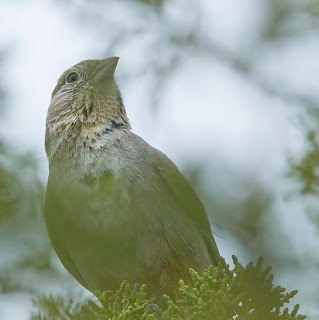 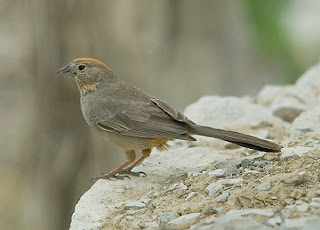 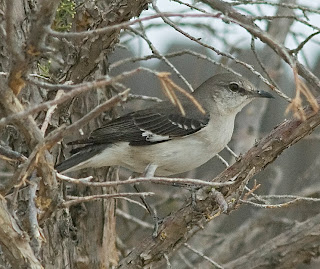 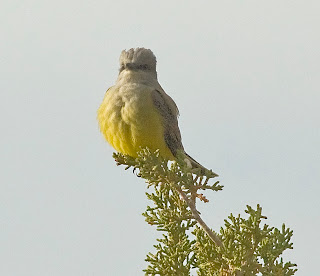 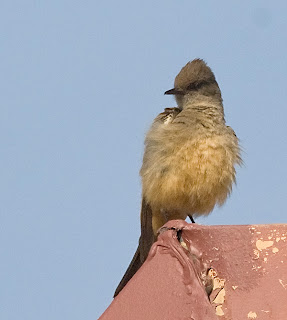 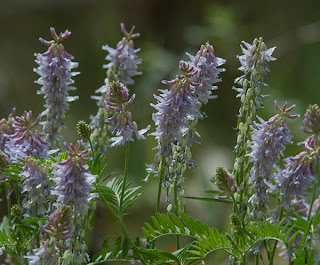 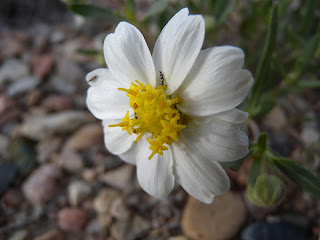 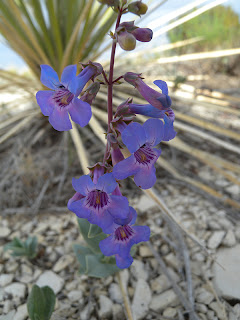 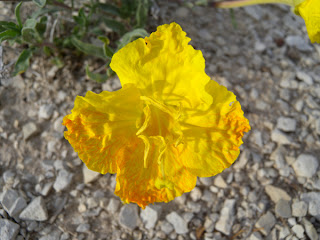 Posted by BirdsbyBill at 12:37 PM No comments: