Mundane, Mandarin and Not So Mundane 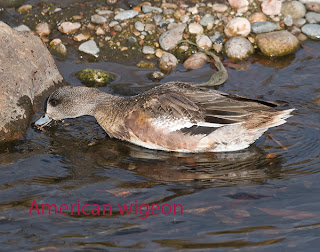 It's looking more and more like winter.  Most the leaves are off the trees, the days are so short, and shadows so long.  I'm not good at wintering, but I do look forward to the colorful ducks of winter.
So far there haven't been too many, or at least I haven't seen many.  Just been too warm, I suppose.  Not complaining about that, but we could use some moisture.  But, like I said, I'm not so good at wintering.  If I were a bird, I'd be WAY south by now.  Way south!  I'd chase that retreating sun as far as I could.

Was just poking around the other day at Prospect Lake in Wheat Ridge, and there was the mandarin duck! That'll brighten up your day!  I suppose it's the same one that's been around there for almost two years now.  Certainly can't be many of those around.  I hadn't seen it in a good while, however.  But, there he was, guarding his mallard female with great vigor.  Another man photographing the duck said last year the male mallards beat up on him and he was looking pretty bad.  He's certainly gorgeous right now.  Just looking fine.  No wonder the male mallards are jealous.  What a beautiful bird! 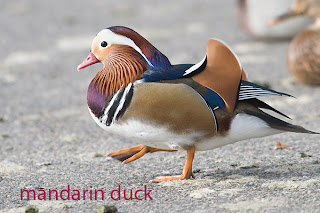 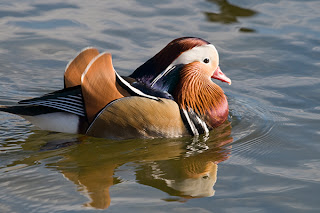 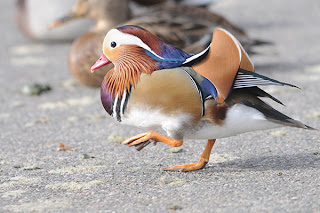 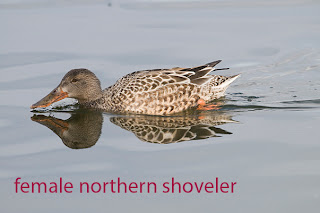 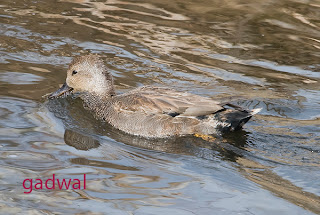 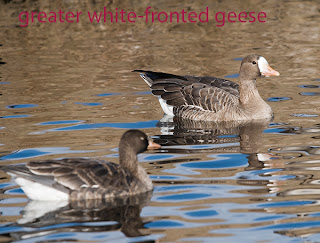 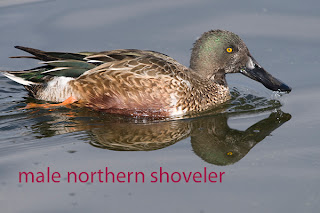 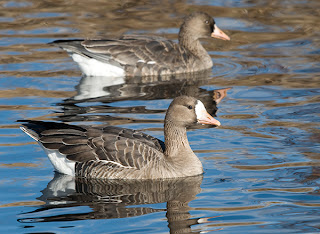 Other ducks along the creek that I got shots of were some gadwalls, American wigeon, and Northern shoveler.  Most of the male shovelers are still molting or in their immature first-fall plumage, but there's a few that are showing their colors.  Of course there were plenty of mallards, and a few green-winged teal, but couldn't get any good shots of the later.  Haven't seen any mergansers so far this fall.  Ducks are so beautiful.  I just marvel at them regardless of plumage or state of molting.

Walking around Lake Arbor in the neighborhood this morning, I noticed a pair of greater white-fronted geese mixed in the with the hundreds of white-cheeked geese grazing in the grass.  They've just been coming in in waves.  The other morning the lake was practically covered with geese. Went home and got the gear and found them in about the same spot, but in the water.  Got a few shots.  In the past two weeks I've seen those white fronted, and a single immature snow goose mixed in the white cheeks.  I find it fascinating how those different geese get mixed in with other species.  I wonder if they get mixed up during migration or just what happens, but it's fascinating.
Posted by BirdsbyBill at 3:57 PM No comments: