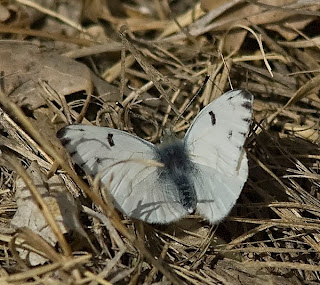 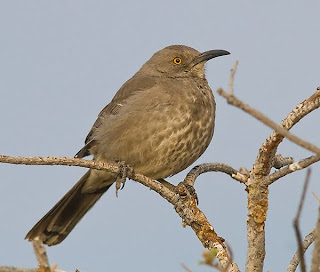 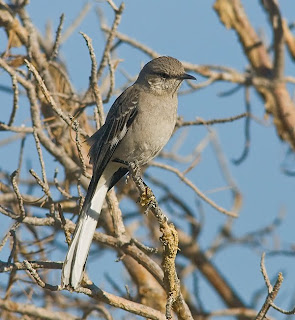 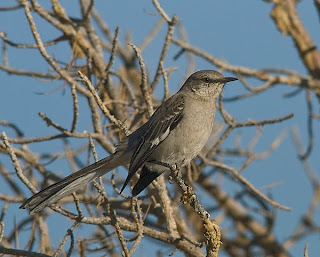 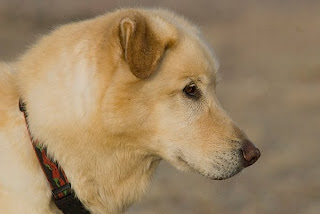 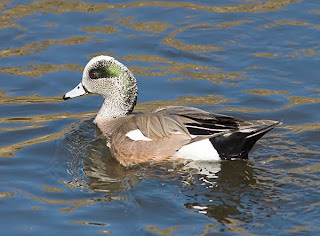 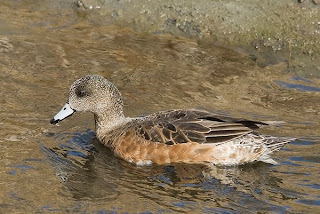 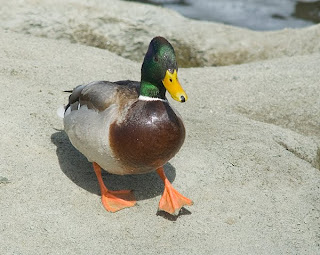 After a snowy cold February, I was itching to get out and do some camping. Really, almost summer-like week of weather here in mid-March, so I took advantage of it and went down along the Arkansas River. Spent the first night at Hecla Junction down in Brown's Canyon, one of my fav spots on the planet. In the spring and fall that is. Rafting circus in the summer. Didn't see a lot of wildlife this time. Some cassin's finches, but didn't get any good shots. Got pretty chilly there by morning. I had my pal, Ty, with me. He's a friend's dog I was sitting. Part Siberian and part Golden Lab. Beautiful fluffy blond dog. Great dog, too. The bestest dog ever, I think. Anyway, he was sleeping up in the back half of the cab, so I kind wondered if he was cold. I had the window between the camper and cab (boot between the two) open so some of the heat from the camper could get up there. He loves being back there. Once it starts to get dark he sits by the truck, ready to go to bed. He was tired from watching cows along the highway and swimming in the river.

Second night we spent at Lake Pueblo State Park. Almost like summer there. Spent the afternoon around camp in my shorts and t-shirt. Next morning, woke up to some beautiful bird song. Sounded like a mockingbird! Sure enough it was a northern mockingbird. Never had seen one around Pueblo before. I grew up to mockingbird sound - all night long, sometimes - growing up in Memphis. Then, a different, yet similar kind of song. There in the same tree sat a curved-bill thrasher. I think they were trying to sort out who's pinion tree it was going to be.

There are lots of Prairie Dogs at Lake Pueblo - tons of them. A couple with burrows right in camp kept poor Ty tantalized. Had to keep his rope short, but they were driving him nuts. I had to take a shot of his total concentration.

Down along the river below the dam later in the morning, it was so warm there were a few butterflies, out. Shot this white. Not sure what kind of white it is. I think butterflies are much more difficult overall than birds.

Going to throw in a couple of shots of some American wigeons I shot along Clear Creek in Wheat Ridge. Also a nice Mallard. It's like he's walking along talking in some commercial or something. Very handsome drake. Mallards are so common sometime you just take them for granted.
Posted by BirdsbyBill at 11:23 AM No comments: