Ducks on the Platte 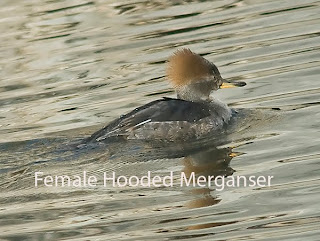 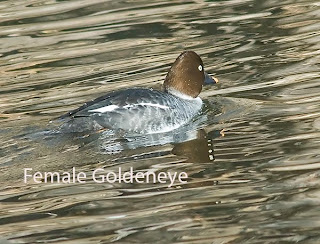 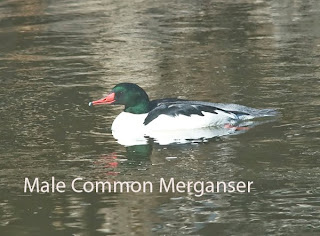 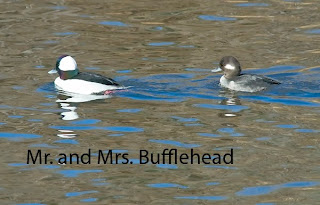 Been hearing reports of a Long-tailed Duck down on the South Platte in Denver. Lots of ducks down there in the winter cause the river usually stays open. Went twice before I found what, at first, I thought was the Long-tailed. Now, I'm thinking it's some kind of hybrid, or a molting Pintail. Pretty duck, all the same.

Also saw some Hooded Mergansers, Common Merganser, and Buffleheads, and
Common Goldeneye, . Ducks are so beautiful. They keep birding interesting in the dead of winter.
Posted by BirdsbyBill at 3:19 PM No comments: 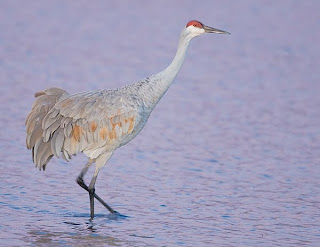 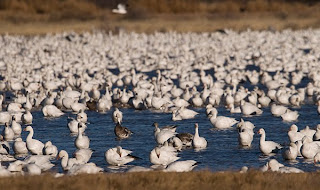 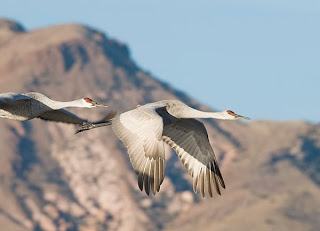 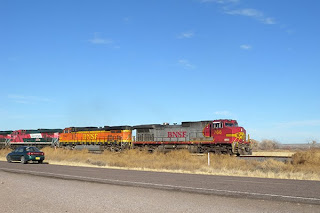 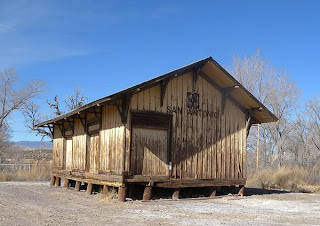 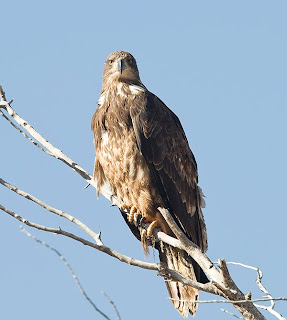 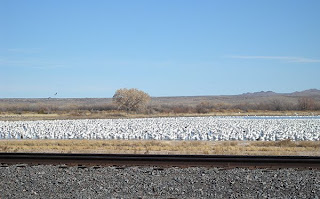 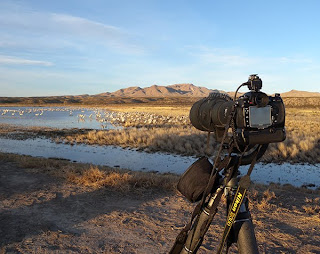 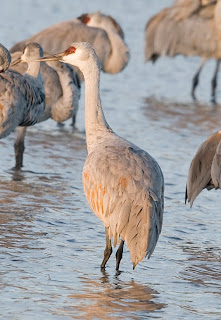 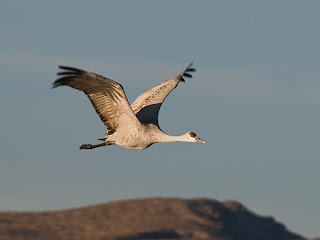 I've been wanting to go to Bosque del Apache Wildlife Area in New Mexico to see the Cranes for sometime. I've seen the Sandhill Cranes in the spring down in the San Luis Valley as they start their journey north, but never to Bosque. So, I headed out in my little truck last week. Didn't get there till after dark, and just set up my camper at the Bosque Birdwatchers RV Park. Nothing fancy there, but at least I had electricity for heat. Got up early the next morning and drove the quarter mile or so to the first pond alongside the road. As I pulled in, my headlights illuminated a large flock of cranes sleeping. It was pretty cold, but there were already maybe ten people getting their gear ready along the little levy. I joined them and waited for sunrise, which was just beautiful. Shot away on the Cranes. It was a pretty cool experience. First there's a few croaks as they start to wake up. Then more and more start talking. A few begin to take to the air, as well. A huge flock of Snow Geese at the next pond down the road took to the air in mass - the famour liftoffs. It's a sight to see with nice sounds effects as well.

Finally decided to head down the road and drive around the rest of the area. Saw Bald Eagles, Golden Eagles, tons more Cranes and the largest flock of Northern Pintails I've ever seen. Towards afternoon there was a huge gathering of Snow Geese in the pond on the east side of the road, and across the railroad tracks. The flock was attracting a large number of photographers. Not only are there millions of birds at Bosque, but also an amazing number of photographers with amazing gear. I have never seen such a concentration of large glass - not even at some of the larger media events I coverd in the past. Just amazing. I'd bet on a given morning at Bosque, there would be over half a million dollars of camera gear in use.

The railroad tracks that parallel the road into Bosque is the old Santa Fe line that runs between Albuequerque and El Paso. I knew it was there, and new it as close to the road, but having arrived after dark I didn't know how close. I also didn't know the line was much used anymore. I found out otherwise the first night. In the middle of the night here came a train - fast and very loud. Scared the hell out of me. I thought it was coming thru the camper. I saw several trains the next day, but it seems mostly they run at night. I also photographed the old San Antonio depot. I think it's been moved from it's orginal location, but not far, and it also seems to be about to fall off it's support post.

I want to go back to NE New Mexico to explore the old Santa Fe trail. Some really interesting history down there. And if you need a good lunch spot along the way to Bosque, try the Johnny's Mexican Kitchen in Las Vegas. Right off the interstate in town. Really good.
Posted by BirdsbyBill at 2:59 PM No comments: 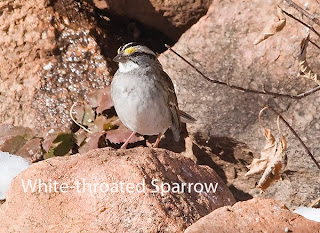 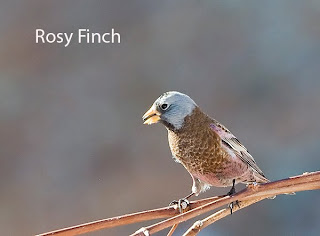 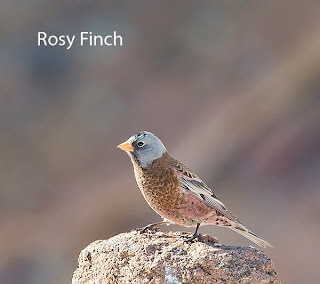 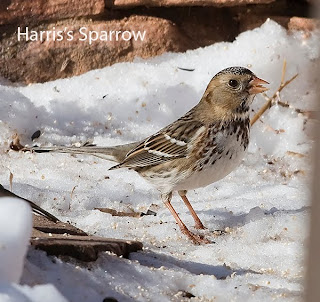 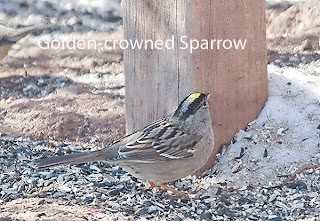 I've been frequenting the trading post feeders at Red Rocks Park recently. Good birding location on a sunny day, and been some interesting birds there lately, per some previous posts. Went back out yesterday with the report of Rosy Finches. There was quite a flock for a time, but they came and went. Mostly Gray-crowned Rosy Finches, but I think I heard someone say they had also seen a black variety. Also saw the White-throated Sparrow, and Harri's Sparrow again. I'll also post a pic of the Golden-crowned sparrow for a previous visit. Don't remember if I got that one posted before.
Posted by BirdsbyBill at 9:52 AM No comments: