Made another overnight camping trip down to Lake Pueblo State Park.  First went to Canyon City to explore Temple Canyon Park.  I've wanted to go there for years.  It's kind of a steep rough road and I had to take it pretty easy in my camper, but I made it up there.  Want to go back and hike the old railroad grade up Grape Creek, and hike down the canyon to the temple.  Looks like a pretty cool place.  Place was crawling with townsend solitaires.  They were just everywhere and singing, too.  Didn't get any great shots, however.  Drove threw a large flock of mountain bluebirds.  They took off in a wave of light blue.  Thought they might come back down in photo range, but I lost them. 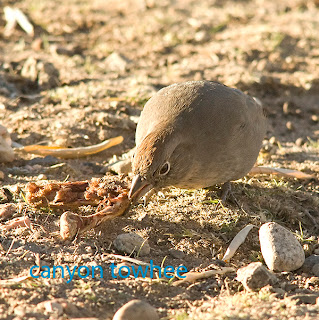 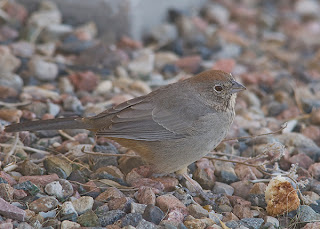 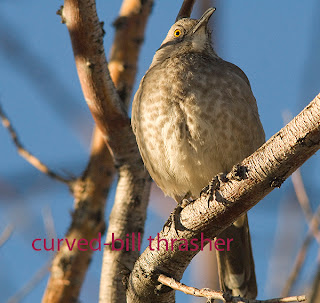 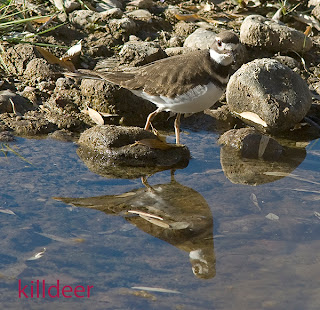 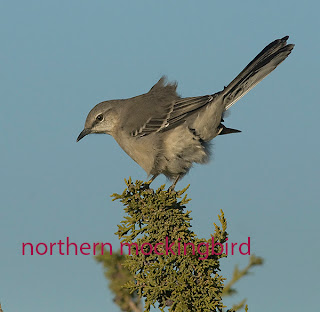 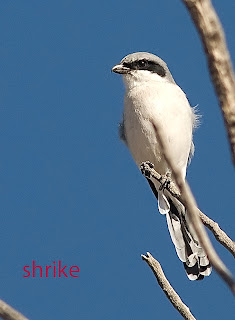 Spent the night at Lake Pueblo State Park.  I had the entire campground to myself.  Lots of hooting owls during the night.  There was a full moon so I went out looking for them, but never saw them.  This morning, I experienced another mimidae morning similar to a previous post.  Had both northern mockingbird and several long-billed thrashers in camp, plus canyon towhees - all usual suspects there.  Birded along the river down stream of the dam where I saw several killdeer working along the riverbank.  Right below the dam I found a shrike.  Not sure if it's a northern or loggerhead.  Got a shot, but it was pretty far off.  I could use help in an accurate ID of this bird.
Posted by BirdsbyBill at 6:47 PM 1 comment:

Folks down by Pueblo have been observing a pair of acorn woodpeckers for about a year now.  I finally got away to go look for them.  A birder lady I know told me where to find them.  I no sooner pull into the parking lot of the Pueblo Mountain Park and see one fly over by truck.  I got out and there they were right on the granary tree she had reported.   I watched them for quite a while and got a few shots, but nothing really close.  At one time I saw three woodpeckers, but I couldn't be sure they were all acorn woodpeckers.  The big old dead Ponderosa they are using for their granary or larder tree is pretty old and brittle.  I hope it doesn't blow down on them.  They have it pretty well stocked with acorns it appears.  Acorn woodpeckers are noted for living in communal groups where all the individuals help gather and stock acorns in their chosen tree.  There's plenty of scrub oak in the vicinity so they should have plenty of acorns.  However, with the dry dry summer I wonder how the acorn crop is this year.  The woodpeckers seemed to be pretty busy, so they must be finding something. 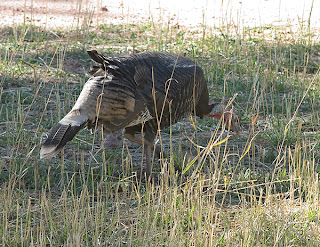 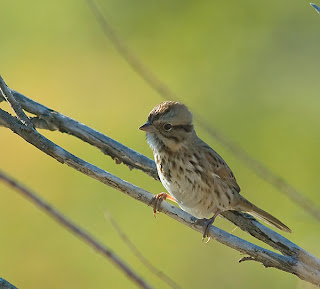 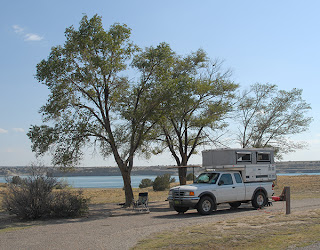 When I left the park, I drove up a road out of Beulah where there was supposed to be a free Forest Service campground.  I never did find it.  I did see a flock of wild turkey's in the yard of a summer cabin, however.  Plenty of scrub oak on the hills there.  I think turkey's like that kind of habitat. Probably like the acorns, too.  Thought I might see a bear, but no such luck.

Drove back to Lake Pueblo State Park where I camped both nights I was out.  I like it there.  Never many folks there in the fall and winter. It was a warm sunny day so I drug my boat the 100 yards or so to the low water  in the reservoir and did some paddling.  Hooked what felt like a very heavy, large fish, but it managed to get into some submerged brush and I lost it. 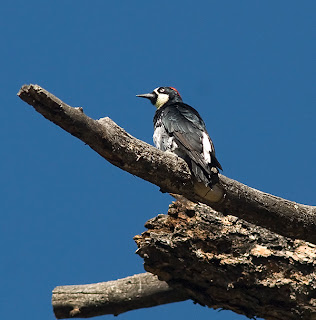 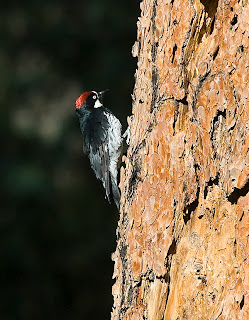 I did see the usual resident curved-bill thrashers and mockingbirds (see past post, Mimidae Morning), but none posed for a picture.  Second morning I went birding along the river below the dam.  Found a mixed flock of sparrows - white crowned and chipping mostly.  Also some groups of feeding warblers.  I couldn't positively ID all of them.  Most appeared to be yellow rumped.  They were flitting about rapidly in some yellow ash trees.  Never was able to get a good look or a decent shot of any of them.
Posted by BirdsbyBill at 12:04 PM 1 comment:

Posted by BirdsbyBill at 8:49 AM No comments: